Epidemic Precautions Are Being Removed in European Countries

Most of the European countries are lifting their epidemic measures due to the mild symptoms of the Omicron variant. 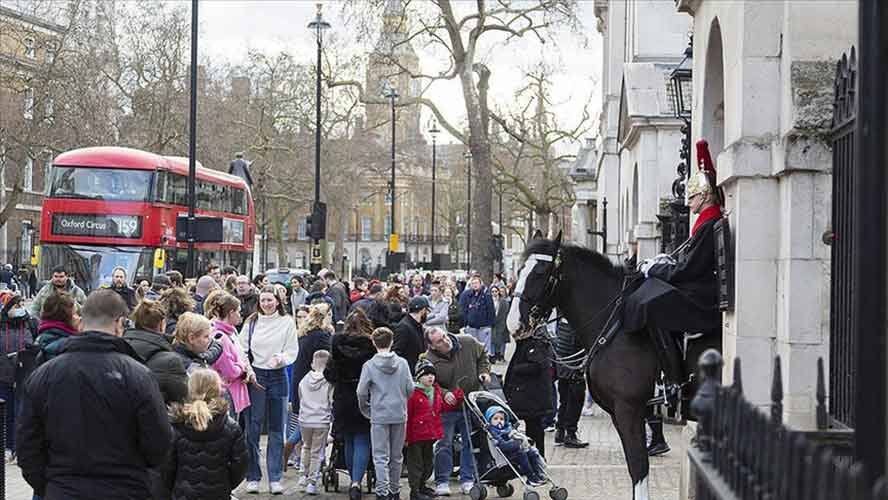 Having put a big test with Omicron, Denmark is leading Europe in returning to normal life.

The Danish government has decided to lift all restrictions as of today, while removing Covid-19 from the category of socially critical illness.

The National Health Institute stated that there has been a systematic decrease in the rate of those hospitalized in intensive care due to Covid-19.

According to the figures announced by the Danish National Health Agency, the number of cases rose to 1 million 713 thousand 485.

As of 27 January in the UK, all Covid-19 measures have been lifted, except for isolation in case of infection. The Ministry of Health cited the “great success of the vaccination program” as the reason for the decision.

Accordingly, the mandatory use of documents showing the covid-19 status, known as “vaccine passport”, has ended. However, venues such as nightclubs and theaters will be able to continue the practice voluntarily.

The obligation to wear masks was also removed, but it was recommended to continue in crowded and closed areas. The practice of working from home has also been abolished in the country.

The number of cases in England started to decline after exceeding 218,000 on January 4th. Currently, daily cases continue to watch below 100 thousand.

In France, a record was recorded in the number of Covid-19 cases, with the effect of the Omicron variant. On January 17, the country reached the highest number of daily cases since the beginning of the Covid-19 epidemic, with 525 thousand 527. There is also an increase in the number of people being treated in hospitals due to the virus.

However, the government has decided to partially lift the Covid-19 measures. Accordingly, on February 2, limiting the number of people in cultural and sports events, working from home and wearing masks in open areas will be lifted.

Nightclubs will reopen on February 16 in the country, and drinks will be allowed to be consumed standing up in cafes and bars.

The government cited the use of the Covid-19 vaccine card since January 24 as the reason for the relaxation of Covid-19 measures.

With this application, only the document showing that the vaccinations have been completed will be requested at the entrances to certain places such as cafes, restaurants, museums, theaters and movie theaters and on journeys by train, and the Covid-19 test will no longer be valid.

Sweden, which applies the “herd immunity” method for Covid-19, is also preparing to remove Covid-19 from the critical disease category.

According to the statistics published by the Swedish Public Health Directorate, the rate of hospitalization in the intensive care unit of those who do not have the Covid-19 vaccine decreased, and the number of cases rose to 2 million 070 thousand 456.

The reason for this was that the Omicron variant was milder than other variants and produced antibodies in the body.

Norwegian Minister of Health Ingvild Kjerkol, who announced that the Covid-19 measures will be relaxed as of today, said that he will largely return to normal life.

The Institute of Public Health stated that by June 2022, everyone will be infected with the Omicron variant, which will bring the end of the Covid-19 epidemic. The number of cases in the country rose to 761 thousand 61.

Finnish Prime Minister Sanna Marin announced that all restrictions on Covid-19 will be lifted in February.

In addition, as of February 3, Finland has decided to lift border controls on arrivals from all Schengen countries.

According to the data of the Finnish Ministry of Health, the number of people who lost their lives due to Covid-19 in the country increased to 1942 and the number of cases to 475 thousand 431.

While the number of daily cases reached an average of 68 thousand 342 in the last week in the Netherlands, yesterday the number of cases broke a record by exceeding 100 thousand for the first time since the beginning of the epidemic.

Despite the increase in the number of cases, the government ended the closure measures, which remained in effect for approximately 2.5 months, on January 25, due to the fact that the number of Covid-19 patients treated in hospitals did not increase.

Prime Minister Mark Rutte announced that they expect the increase in the number of cases to continue during this period, and stated that they will evaluate the situation after 3 weeks.

Rutte stated that according to the loosening decision, it is foreseen that the closure period will end completely at the end of 6 weeks.